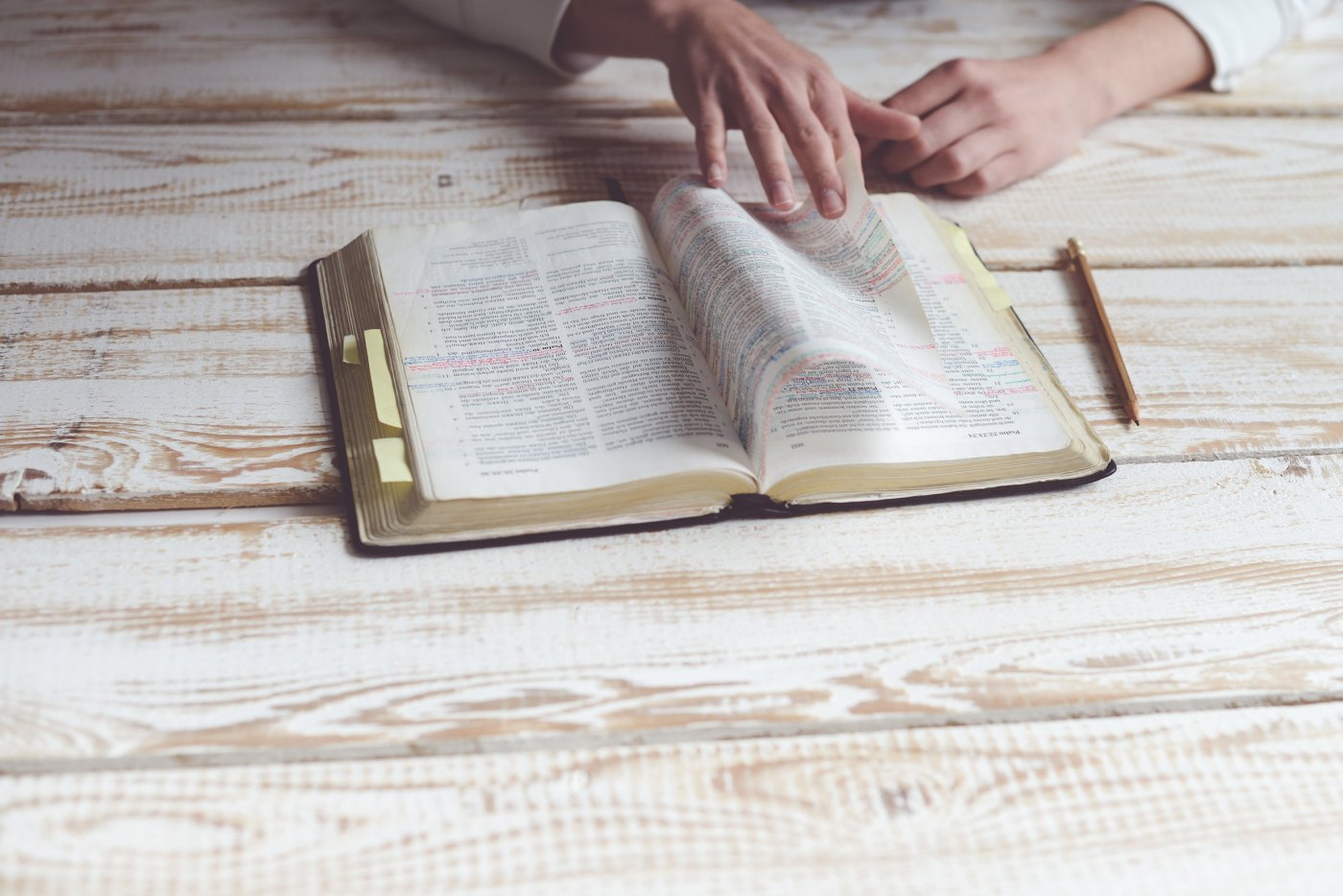 As an editor, it is really hard for me to absorb poorly constructed stories. After years of training myself, I can’t help but find logical fallacies, plot holes, lack of motivation, character inconsistencies, and other such literary problems in every form of media I consume. It makes getting into a book, movie, or TV show really difficult, because I’m always editing it in my head. To quote Sherlock Holmes: 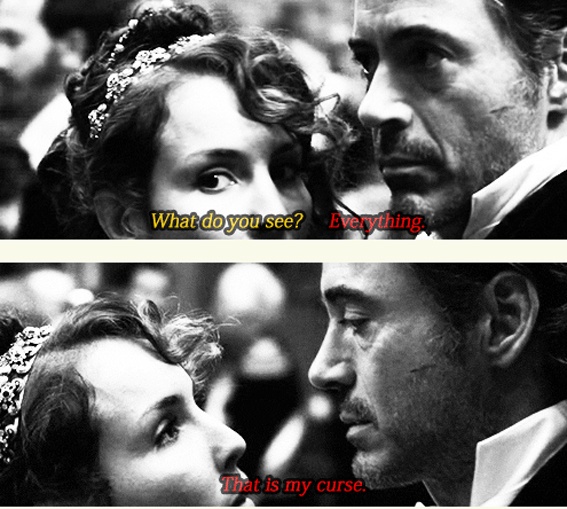 Unfortunately — or fortunately, depending on how you see it — that also goes for sacred texts like the Bible, which I grew up reading. Every time I have a discussion about it, or sit down to read some of it, or listen to apologists try to explain it, my Inner Editor goes berserk. If God had been one of the writers I work with, I’d never let Him get away with so many flaws. Suffice it to say, I’d have to buy a few dozen red pens for the occasion.

Because I’m feeling a tad snarky this evening, here are some snippets of what would be a very long developmental letter to God on the subject of His debut work.

I’m curious about the shift in tone and motivation in your personality. We seem to get a pretty good idea of who You are as a character for the first half of the book: You’re a badass bitch who takes no prisoners. That’s cool and kind of sexy! The theme of the antihero is very trendy nowadays, and You should be able to capitalize on that really well.

But then about halfway through You seem to change quite a bit, and You don’t really give us a good reason why. Suddenly You’re much more into personal relationships with people, You talk about forgiveness and love and self-sacrifice. I think the readers deserve to know what happened between sections. Did You fall in love? Take anger management classes? Quit a terrible job? Have a baby? Something really amazing must have happened in order for You to do a complete 180 like that.

My main concern here is that if You don’t provide a good reason for this massive character shift, readers might get confused, which will make talking about this book with others difficult. It might also make it hard to really trust You when You say things like “I am Love” when a few pages ago You were murdering babies. That kind of cognitive dissonance could cost You some potential fans.

When rewriting, I’d recommend adding a section between the Old Testament and the New Testament to explain that transition. Maybe name it The Day Everything Changed. Or Finding Myself Through Therapy.

From my read through of the manuscript, I was able to pinpoint what the main theme was: redemption from sin. Sin shows up at the very beginning of the book, and takes a pretty front row seat throughout. And You always seem to be trying to get rid of it, whether that’s by kicking Adam and Eve out of the Garden, causing the Great Flood, demanding blood sacrifices from the Israelites, or sending Your son to die in the physical world. That’s a really strong through line, great job!

My one concern is about timeline. It feels like You’re stretching things out far longer than necessary. For instance, why not just reset the world after Adam and Eve screwed everything up? Wouldn’t it have been easier for You to get rid of two people right away, instead of the thousands of people that You’d get rid of in the Flood? (Your character is presented as omniscient, after all, so You must have known a reset would be necessary at some point, right? Getting rid of Adam and Eve would have saved a whole lot of animals and plant life from drowning as well!)

And if You did have to wait for the Flood to wipe sin off the face of the earth, why not just send Jesus along then and there? Kill two birds with one stone? Surely there was no need to wait another 4,000 years, allowing sin to crop back up again and ruin everyone’s lives. (Also, as a side note, if blood is the only way to absolve humanity from sin, why did You try with water first? Didn’t You know it wouldn’t work? Maybe rethink this whole omniscience character trait, it does seem to throw a wrench into a lot of your plots.)

A Question About Jesus’s Motivation

Since we’re on the topic of the crucifixion, I do have a quick question about Jesus’s motivation. I’m not quite sure why it was necessary for him to die a gruesome death, since You made the all rules to begin with, but we’ll leave that for later in the note. Right now, I’m going to ask about why he had to die the way he did.

If all that was needed was for a god to bleed and die, why not have Mary miscarry the baby Jesus? Or maybe have him killed when Herod ordered all those baby boys to be slain? Or why not have teenaged Jesus have a carpentry accident while working with Joseph? I guess my question is, why have him stick around for 33 years before being killed?

Now, I did get the sense that “sacrifice” was important here. (I’d make sure to clarify what part of this process made it so special.) Maybe an accident wouldn’t quite cut it? But if that’s the case, why didn’t Jesus simply come to earth as a goat, like every other sacrifice? Why, if blood was the point, did he need such a dramatic death in front of everyone? Isn’t that a bit gratuitous? Jesus didn’t strike me as a diva type, although his flare for the spectacular was one of my favorite characteristics. (That whip scene? Wow! More of that, please!)

I bring all this up because I can foresee Your readers getting a bit muddled. This is the climax of the whole story, everything has been building up to this point! Your readers need to be walking away with clear, consistent answers. Leaving it up to individual interpretation seems like a lack of foresight, although it could cause a whole lot of fun spinoff fanfics.

A Note On Process

Finally, I wanted to bring up: I’d advise against letting 40+ ghostwriters handle future drafts. I’m not quite sure why You chose to do it this way, especially over such an extensive length of time and across language barriers, but who am I to critique the creative process? If it gets You a workable first draft, I support it!

That said, this next draft is going to need to focus on clearing out any small inconsistencies, plot holes, rabbit trails, or mixed messages. That’s going to be a lot easier if You handle this Yourself (or at least pick one person and have them transcribe it for You). After all, this is Your memoir, You’re the voice Your readers want to hear!

This will also lend You a lot of credibility to your final book proposal when submitting to publishers. Most of these guys don’t even have names, so their platforms aren’t going to do anything for Your marketing strategy. Meanwhile, You’ve got a pretty substantial media presence and millions of followers! Any acquisitions editor would lap those numbers up.

Are there other plot holes in the Bible you would like to see edited? Let me know in the comments!

4 thoughts on “Editing The Bible: A Developmental Letter To God”